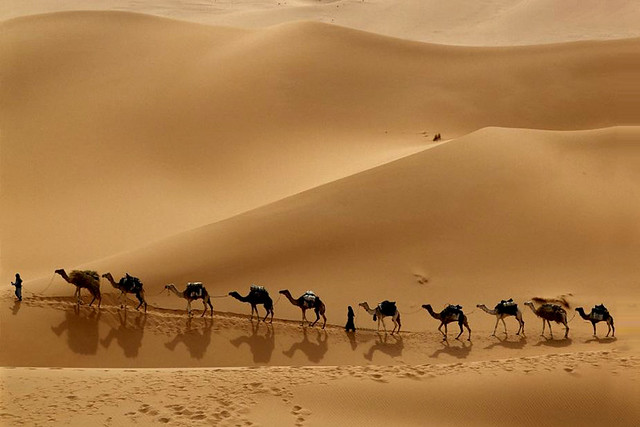 Believe it or not, Google’s pretty good about transferring Google Maps reviews from one GMB page to another.  It’s hard to tell that from Google’s guidelines, which have a dash of Justice Stewart:

As usual, the rules seem broad on purpose, so Google can decide when reviews are relevant to the new location.  Google reserves the right to say that a bricks-and-mortar business moving from Portland Maine to Portland Oregon can’t take its reviews on the chuckwagon ride, because too much about the business will have changed.  If you own a bricks-and-mortar business and want to transfer your reviews to a new GMB page, you can assume Google at least takes into account how far your new location is from the old one.  That makes your transfer request a leap of faith.

But distance doesn’t seem to matter if you run a service-area business and want to move your reviews.  If you ask Google to “merge” the old GMB page into the new one, you can send your reviews to Timbuktu.  (The term “merge” isn’t used in Google’s guidelines, but that’s how the GMB support team refers to what you want in this case, which is for people to be redirected to your new GMB page when they search for a term that used to pull up your old GMB page.)

I know that because a client of mine moved from Miami to Los Angeles a while ago, taking his home-based business with him.  He kept the old GMB page up for a while, while he got settled into the new habitat.  Once it was clear he no longer needed the Miami GMB page for any reason, he wanted to get his Miami reviews transferred to his LA GMB page before closing down his Miami page.  That’s where we had to contact Google My Business support.

There was some back-and-forth, but because my client runs a service-area business (so there wasn’t a change of physical office or storefront), and because we wanted to remove the old GMB page, Google moved every single review over to the new GMB page.  It didn’t matter that the reviews flew 2500 miles in the process.

To me, it makes sense that distance doesn’t matter much or at all if you want to move reviews from one service-area Google My Business page to another.  The office or store or other physical location itself usually is a factor in people’s reviews of bricks-and-mortar businesses: it’s hard to park at, or it’s overheated, or it’s overrun by cockroaches, etc.  Factors like those aren’t applicable to a service-area business, so they don’t change even if the business owner moves far away.  The old customers’ experiences are relevant to what customers in the new area can expect.

It also makes intuitive sense to me that you’d need to get the old page merged into the new one.  Otherwise, some business owners would try to shuffle reviews back and forth between GMB, which could get confusing for customers.  Also, the alternative is for Google not to let the old Google reviews see the light of day, which isn’t ideal for you or for customers in the new area (who want more info on your business rather than less).

Thanks to Russ Hartstein of Fun Paw Care for his first-hand intel.

What’s been your experience in trying to get reviews moved from one GMB page to another?  Leave a comment!